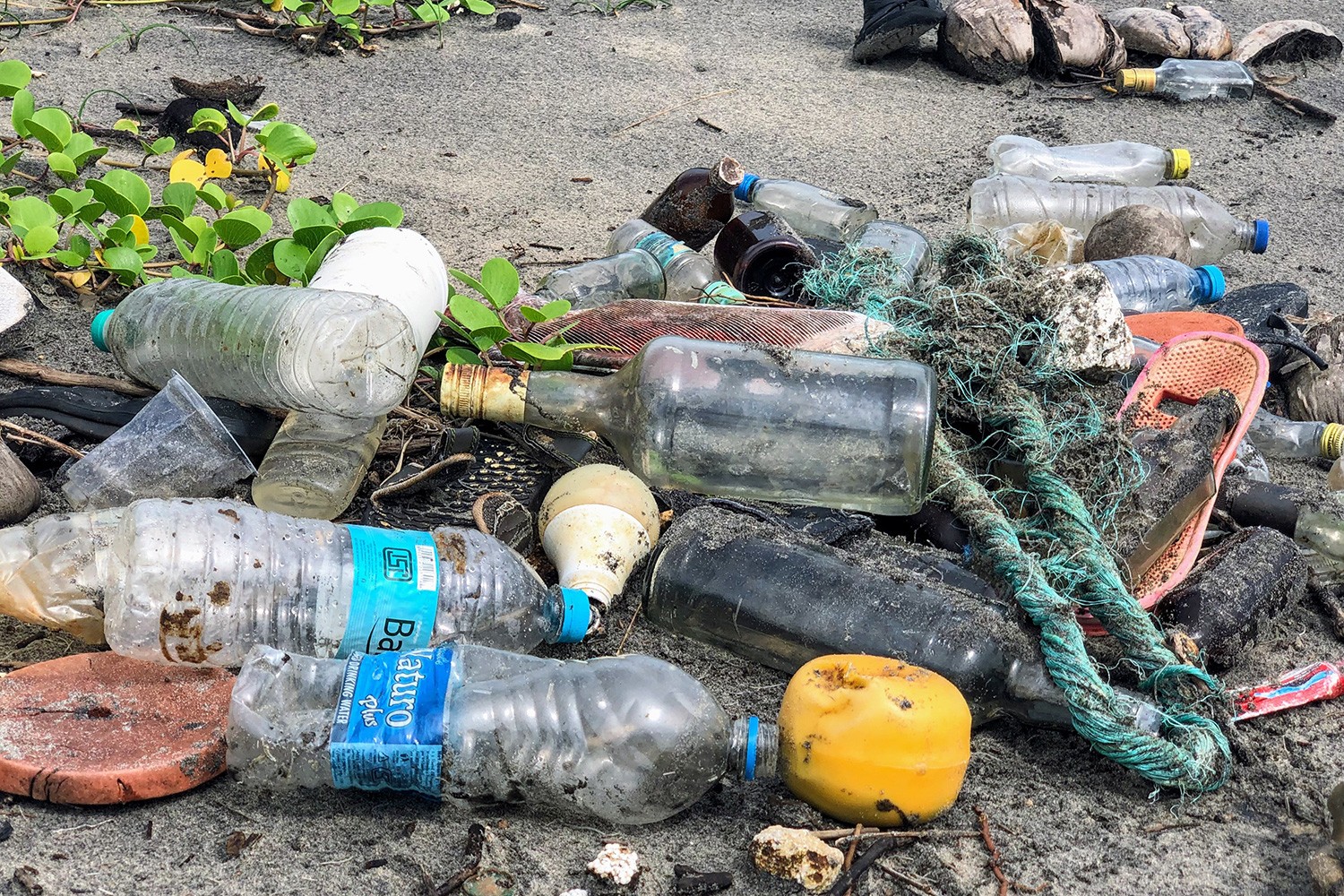 One of the biggest impact affecting currently biodiversity worldwide is plastic pollution. Every year, 8 million metric tons of plastics enter our ocean on top of the estimated 150 million metric tons that currently circulate our marine environments. The UNESCO says plastic debris causes the deaths of more than a million seabirds every year, as well as more than 100,000 marine mammals. Considering sea turtles spend almost their whole life in the sea, these dinosaurs-age animal are critically affected by plastics. Researchers estimate at least 1,000 turtles are dying this way every year. Reducing our plastic consumption, we will improve the health of our oceans.

Try to change to a circular economy

Circular economy is a regenerative system in which resource input and waste, emission, and energy leakage are minimized by slowing, closing, and narrowing energy and material loops; this can be achieved through long-lasting design, maintenance, repair, reuse, remanufacturing, refurbishing, recycling, and upcycling. This is in contrast to a linear economy which is a ‘take, make, dispose’ model of production. Considering the amount of trash dumped into the environment annually, it is important to understand that decreasing the production of new materials, energies, food, etc. will help to biodiversity.

Reduce your carbon dioxide emissions to the atmosphere

Global warming, caused by the increasing carbon dioxide (and other gases) in the atmosphere, is causing coral bleaching. Water temperature is rising quickly since past few decades causing the collapse of essential ecosystems, such as sea grass meadows and coral reefs. Losing coral reefs would have a huge impact on biodiversity and local economies. To help them, you can use less plastic, take less planes and the car and walk more! Eat less meat and more fruit and veggies and ultimately reduce your electricity consumption.

Marine life, especially sea turtles, dies every year due to the more use of long-lines, gilled nets and trawling nets. Sea turtles need to go frequently to the ocean surface to breathe. As they get stucked in a net they are not able to breathe, being condemned to die. So that, it is important to understand that it is possible to eat fish and seafood coming from sustainable fisheries. Getting informed before consuming or buying fish in a restaurant or in a supermarket is the best way to help them.

Do not support and illegal trade

Do not support and report illegal trades to the authorities. Sea turtles have been used as a natural source of food in the past, especially on remote locations. The fact is there is a huge trade of turtle products such as eggs, meat and shells that are helping to decline quickly the populations of sea turtles. In some countries is still legal to collect and consume turtle eggs, but if we can to keep preserving these species we need to stop exploit them.

Ultimately, spread the message out!! Conservation is about the people involved in. If more people were concerned about the environmental impacts we are making, more people would take action.