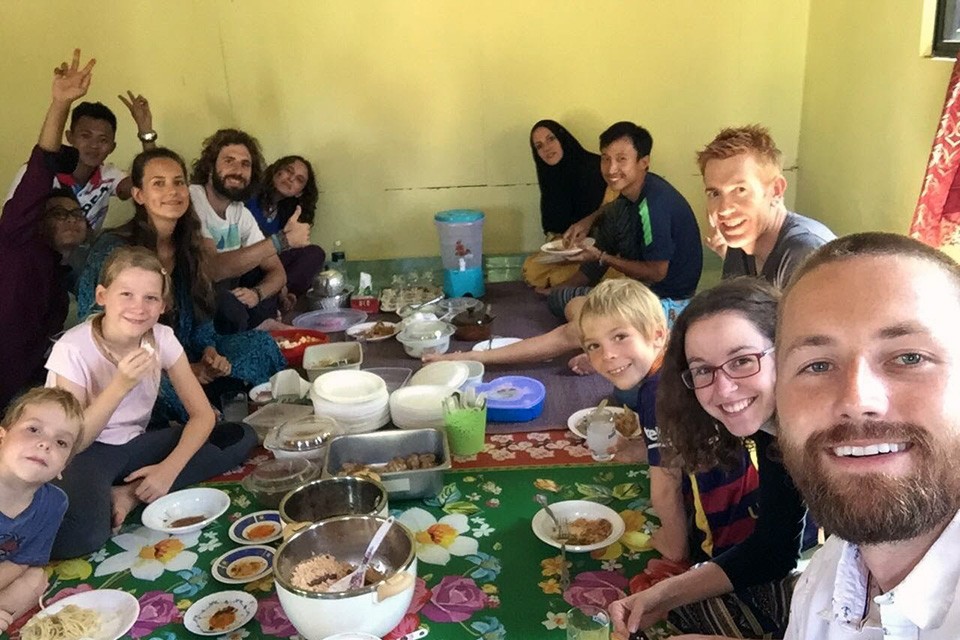 I had my first experience with the Juara Turtle Project (JTP) on Tioman Island back in 2016 when my wife and I signed up for a week of volunteering. To be honest, our main goal was to see some baby turtles hatching and beyond that we didn’t have many expectations.

When we arrived, we were greeted by smiling faces who were eager to get us up to speed on the project. The rooms were basic, island hut style lodgings with beds and fans. We spent that first week learning all about Sea Turtles and the various conservation activities that JTP was involved in. From doing beach clean-ups and patrolling for nesting mother turtles to giving conservation talks to tourists. We absolutely loved everything about it. What began as a one week booking, quickly turned into one month as we kept extending our stay. Many people ask me, why do you have to pay to volunteer? Shouldn’t it be free? JTP is a Non-government organization that is performing conservation work on Tioman Island. This conservation work is costly and it doesn’t produce any income for the project as they are not a Turtle Farm. Some tourist trap “conservation projects” out there charge tourists to release baby turtles (this is detrimental to the baby turtles) and to visit their turtles that they keep in captivity… that is a Zoo not a conservation project.

At JTP, their purpose is to increase the declining turtle population and to educate people on how they can make a difference and stop negatively impacting the environment. As I said, this work is costly and so they need to have funding in other ways. As such, much of their funds comes from the volunteering program. The program simply could not afford to operate otherwise. I like to think of this as a donation to an amazing cause that you work hard to preserve. Turtle egg poaching is still an issue in Malaysia and so the eggs need to be collected and kept in a hatchery until they hatch and are immediately released to the ocean.

I have returned to JTP three more times since 2016 and have seen many changes take place. As the state of the oceans are declining rapidly from pollution to global warming, the work at JTP is more important than ever. In 2017, the project began a coral rehabilitation program where they have been experimenting with transplanting broken coral fragments onto artificial reefs in an effort to keep the Juara reefs healthy. I began to see that JTP was shifting more into research and trying to find ways to improve the reefs and oceans by monitoring things like beach clean-ups and doing more boat patrols to find nests.

During my 7 week stay there were several instances where oil spills washed up on the pristine beaches of Juara. Large masses of crude oil were scattered all over the beachs from end to end. JTP lead the clean up efforts as bag after bag of oil was taken off the beach. This was a shocking moment for me as I had never seen the effects first hand that oil is having on the oceans, let alone plastics and other pollutants. In 2017 I also witnessed an attempted sea turtle rescue by JTP. The sea turtle did not survive and an autopsy revealed that the green turtle died due to blockages in its intestines. These blockages were large solid masses of oil, microplastics and string that the turtle had consumed. I was simply shocked to see this and how a species that has lived on this plant for millions of years could die so easily due to human interference.

When I returned to JTP in 2018 I was excited to help with the coral rehabilitation program and too see how things were going with the nesting turtle numbers. To my surprise, there had been significantly fewer nesting turtles in Juara than previous years. This sharp decline could have been from any number of factors but it was concerning for the project and to me as well. During 2018, JTP built and opened an animal welfare centre to help deal with the exploding cat population in the village. This is rather damaging to the local ecosystems as cats are not indigenous to the island and are therefore an invasive species.

My most recent visit to JTP in 2019 was amazing. The project has taken on more staff that is eager to make changes and they have already collected more nests than in 2017. The coral rehabilitation project has grown exponentially with coral fragments thriving on the artificial substrate. There is so much work still to be done and JTP needs more support than ever. There are a number of projects that JTP is eager to undertake but without appropriate funding, it is difficult for them to undertake them.

Over the years I have seen hundreds of different volunteers and tourists pass through the project and I have made some incredible friendships at JTP. Every time I visit the project, I come away with a new found sense of respect for the planet and for the creatures that inhabit it. I have learned so many lessons from this place that has become like a second home. I can guarantee you that no one leaves JTP the same person as when they came. It has a way of changing you, for the better. Everyone is responsible for the impact that they have on this planet and for the legacy that they leave future generations.

The world needs projects like JTP to help guide people in making smarter choices. We can all be better, we can do better.